Coaching and „The ReConnection“ 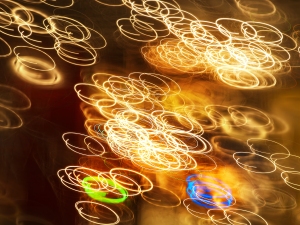 It’s never been a big secret that over the years I’ve been interested in, let’s say, “Alternate” ways of perceiving. It’s a point of honor with me that, no matter how enthusiastic I’ve gotten about these more esoteric models, I’ve never gone so far over the edge that I couldn’t hold a ‘normal’ conversation with ‘normal’ individuals. So it will come as no surprise that when a beloved friend called up and told me about a chiropractor who began doing spontaneous healings and hearing voices, I was ALL EARS!

Perhaps some of you have already read about Dr. Eric Pearl, the aforementioned chiropractor. If not, a google search will turn up a google of information. Out of these experiences, neither wished for nor understood, Dr. Pearl created a teaching modality which he called “The ReConnection”.  I’ve read both his books on the subject and, although fascinating, I still cannot tell you exactly what’s goin’ on. What I CAN tell you is what happened with me during my ReConnection. It happens in two sessions on two consecutive days. In the first session, I felt like I was getting my hardware AND my software updated. I saw colors with an intensity I’ve NEVER seen before and had feelings of peace and inner stillness, which I’d experienced only briefly and with MUCH less intensity during Yoga or Vipasssana meditation. It felt like each of my cells were being wrapped in one of those light thermal blankets. This effect has intensified in the weeks after. The second session felt less expansive and more Re-Connective. It felt like I was being brought into contact with an internal way of being in the world that I’d not felt since childhood. One the one hand, it felt risky and hot, like when you do something scary for the first time. On the other hand, it had a cozy kind of sweet-sadness to it—what in German is called Weltschmerz. It’s obviously moved into the realm of the behavioral as well. More than a few of my students, friends and coaching clients have mentioned that I’m somehow different. I certainly feel different.

One thing’s for sure, the idea of ReConnection appeals to me greatly. Every kind of “Coaching” I’ve experienced or heard about involves a ReConnection, if only from one Neural Network to another. Often that appears on the screen of consciousness as a greater, more efficient access to personal resources. The big question still looms: what’s being ReConnected in Pearl’s new modality to what? Because it feels so good, I’ll let the intellectual side free float for a while. Perhaps there’s a ReConnection waiting for me there too! 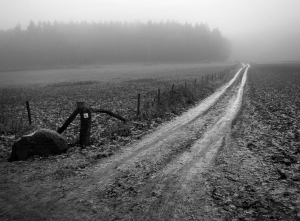 I'm a passionate, curious learning junkie--- an X-Opera Singer turned Voice Teacher, Voice Teachers Teacher, NLP Lehrtrainer, Off-Path Coach, Cranio-Sacral worker and a few other even less mainstream things. Everything I've learned or taught revolves around THE VOICE. The Voice as a tool of artistic expression. The Voice as a tool of emotional transparency. The voice as a tool of flexible communication. More information can be found at my Institute Site: www.musa-vocalis.de The Wiesbaden Academy of the Vocal Muse Gesangsunterricht Wiesbaden, Coaching, Voice Pedagogy
View all posts by evanb54 →
This entry was posted in Authenticity, Communication, Congruence, Fitness, Harmonie, Inner Game, Kosmos, Meditation, Mental Training, Mind-Body, Presence, ReConnection, Stillness and tagged Big, Felt, Intensity, Pearl, Reconnection. Bookmark the permalink.